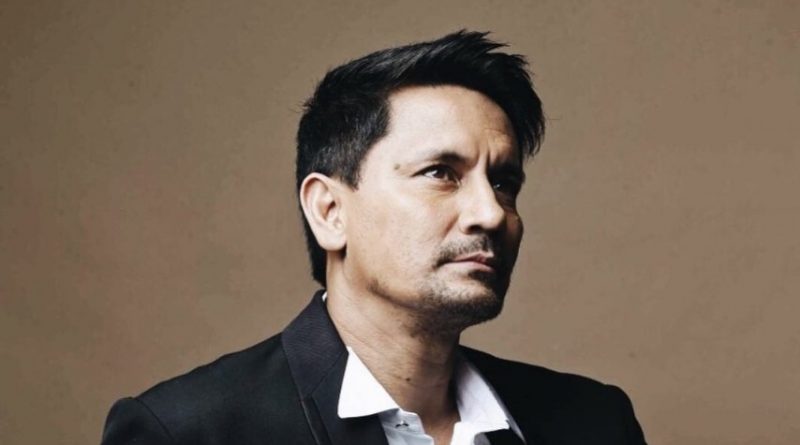 Who hasn’t heard of Richard Gomez? Who’s forgotten him? How’d he become a cultural icon?

Everyone knows who this guy is. No one’s forgotten him yet. No doubt about it, he’ll still be in our collective memories for 50 more years or so.

Why am I even writing about him? Am I… Oh no! Hahaha!

Can you blame a guy for admiring someone he looked up to from his early childhood to late adulthood?

Ok, well, at the risk of sounding like I’ve switched sides, here’s my blog entry on Richard Gomez. Here’s hoping my wife won’t leave me because I’m going to sound like a fan girl.

I’ve currently been binging on a nostalgia streak. I’m guilty of watching/listening to episodes of Palibhasa Lalake on YouTube and classic Tagalog movies on iFlix for the past few days. I just put the search on Richard/Sharon, Aga/Sharon, Gabby/Sharon, Richard/Dawn, and let it play in the background while I worked on my daily articles.

I’ve been on such a binge that my automatic search bar reflects Richard Gomez related stuff.

Oh this is bad…

Richard Gomez: The Emergence Of The Dark Filipino Adonis

Richard Gomez is the male standard. He was tall, dark, and handsome.

Would you believe there was a time that he wasn’t regarded as the male sex symbol he eventually became? Watch the movies Tuklaw, Blusang Itim, and Mga Kwento Ni Lola Basyang and you’ll see what I mean. Those were basically extended bit roles that he played.

And I have a theory why. This was the time that Gabby Concepcion, Christopher De Leon, Tirso Cruz, Aga Muhlach, heck even Miguel Rodriguez were active. These guys had fair skin while Richard was of a darker variety. Had he been a shorter guy, Richard Gomez would have easily been passed over.

Girls went gaga over the other guys who had fairer skin. Blame it on our typical colonial mentality.

That was until billboards of Richard Gomez went up showing off his athletic physique.

And then the attention shifted.

I finally had a chance.

I already had the skin tone, now all I needed was to improve my height and looks. Thank God I grew tall enough to be considered above average but no matter how hard I prayed, my face just didn’t morph into anything remotely worth Palbhasa Lalake standards.

Oh well, at least I could develop my body by hitting the gym. I remember asking the gym instructor to help me achieve Goma-like proportions. He just shook his head and stifled a snicker as he walked away.

For those who don’t know, the movie Tuklaw was based on a comic book of the same name. There used to be a comic stand right by our street corner and I would read the Tuklaw series for hours. Planet Opdi Eyps and SuperDog were also my childhood favorites. The guy renting out those comics would set aside copies for me and arrange them in chronological order so that I’d be able to follow the stories from start to finish (or current storyline).

I think the Tuklaw and Zuma stories awakened that love for snakes in me. Before I was 12, I already had my first python. That snake would be draped over my shoulders pretending to be the same green guy I read about in Funny Komiks. Tuklaw was only interesting because there was a snake in the story.

Tuklaw was fascinating for me because the main character could talk to his sibling which just happened to be a snake. How anyone thought it’d be a good idea to turn it into a movie and cast Richard Gomez as the village idiot who talks to snakes… well, your guess is as good as mine.

Thankfully, he landed roles that tested his mettle as a dramatic actor. He still had opportunities to explore his comedic side through his TV appearances.

My mom used to watch Palibhasa Lalake every Tuesday. My siblings and I would gather around in front of the TV and watch it with her. This became a regular weekly bonding moment. Other than that, the TV would just sit in the corner and collect dust.

Palibhasa Lalake was fun. I don’t think it’d pass today’s rage-culture standards as they practically broke all the rules. The cast were chauvinistic clowns lead by Joey Marquez and Richard Gomez. Female guest stars would be subjected to sexual harassment innocently disguised as light teasing on-cam.

Oh there were so many wrong things about this TV series that had it been released today, it would have immediately been lambasted and canceled.

I still loved it.

I still love it.

And I laugh long and hard at Joey Marquez’ antics a lot.

There was a time I wanted to become part of the local movie industry because of Richard Gomez. I joined modeling thinking that’d be my way of breaking into the scene. That career choice ended abruptly once I realized I wasn’t tall enough to compete with six-footers who were better-looking than I.

So, music. Thank God I managed to inherit a little bit of musical talent from my Dad. I also practiced long and hard to get where I am now as a guitarist. But being in a band (shameless plug: AcidRadius) and being in front of the camera are two separate things.

Where Is Richard Gomez Now?

Richard Gomez is now Ormoc’s Mayor. He ran twice and failed to get the position but when he eventually got the chance to sit on the chair, he showed people he truly deserved there trust.

Did I Ever Get To Meet Richard Gomez?

Twice. The first time I met him was by accident. He was standing outside a shop in a mall waiting for the other Palibhasa Lalake cast to finish shopping. I passed by him and had to do a double take. I probably passed him three times before I mustered the courage to ask for a picture. My head barely reached his shoulder. The second was during a motorcade. But because I was on a big bike and acting all macho, I pretended not to care much. I regret that. I should’ve gone up to him and shook his hand for helping me shape who I was that time.

The TV series ended in 1998. I couldn’t believe it. Most of the cast moved on to other TV sitcoms. As the years went by they took on careers outside of the limelight. Some entered politics. Some went into business. A few died. They live on in the collective memories of people my age who laughed with them through the years.

Care To Toss Some Coins In?

Mmmm avocado! Fresh from the farm.

I wonder how hot these purple beauties are... We

Got swabbed. Thank God it came out negative. I g

#relx #relxinfinity got my relx infinity :-)

Chronicling my writing career this 2021

Thank you Ocean for waking us up again because of

Got my Santa hat on and food bought thanks to Paym

This is how the house cat and house dog share the

Too bad the dogs got to her first. I would've wan

Sup guys! This month we're going to have another

Hehehe, now waiting for the soundcard and other st